by matyaszaborszky 4 years ago4 years ago
120.3kviews

I know that this isn’t a very PC quote to start with, but it illustrates a point: “Strategy is buying a bottle of fine wine when you take a lady out for dinner. Tactics is getting her to drink it.” The words of comedy writer Frank Muir, from a rather different age, but it continues neatly from my previous posting about Strategy. Strategy is about winning wars, Tactics is about winning battles, and you can quote me on that.

So what happens when tactics have to be used to deal with situations ‘on the ground’ which either haven’t been planned for, or which are so extreme that they could never have been planned for? Think of something unthinkable like the collapse of the Twin Towers in New York. There was no specific strategy to deal with such a disaster, but amazingly the emergency services used tactics which resulted in many people being brought to safety who would otherwise have died. Robust tactics work. Or to give you another quote, from American community organizer and writer Saul Alinsky, “Tactics mean doing what you can with what you have.”

Last week I challenged your organization – whatever it is – to define your strategy. Do you have strategic documentation? Does everyone know the plan? Can the founder and core team repeat the same messaging with conviction? Can even junior members of the company tell an outsider what you represent and what your organization’s aims are? If you can answer ‘Mostly yes,’ then well done, you’re way out in front of many of your rivals. Answer ‘Mostly no’ and there’s a heap of work to do.

But let’s presume that you do have a solid and serious strategy, what are your tactics for dealing with the unexpected? If strategy describes the world as you would wish it to be, how will you respond when someone on the other side of the chessboard makes a move you weren’t expecting? 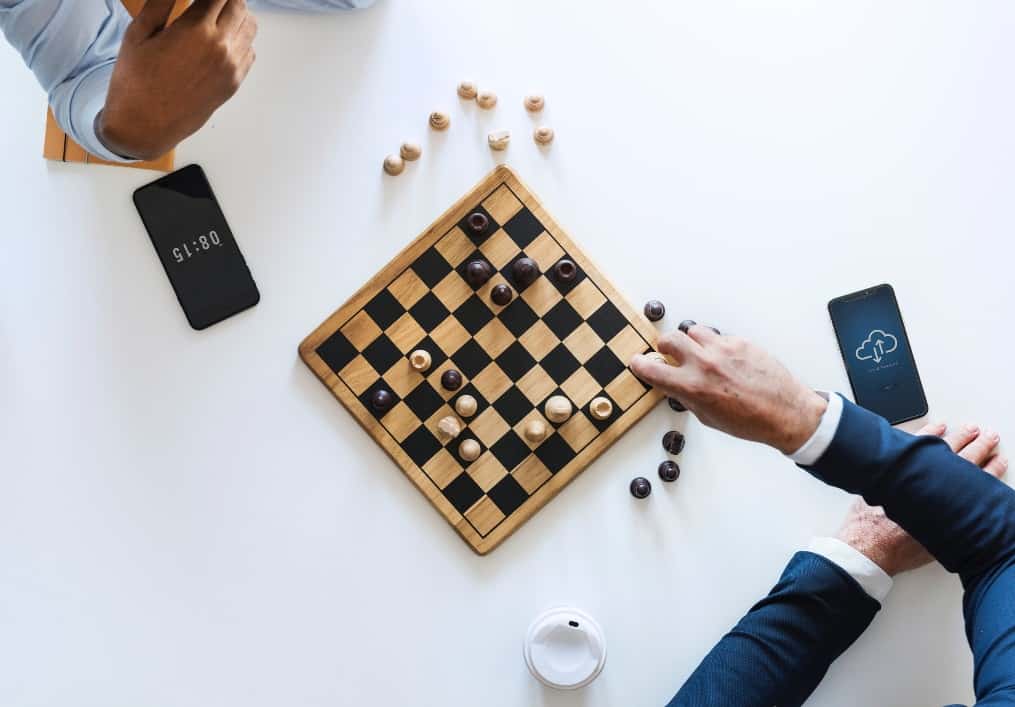 None of us do our enterprises in a vacuum, and there is always someone else, doing something similar, and perhaps doing it better than us. So we work hard to develop the cutting edge which makes our product or service unique, and very often we succeed in creating that something special which differentiates us from everyone else. Unless we are very smart however, we forget the role of strategy and tactics.

So how tactically aware are you in your business, and what will your responses be to the threats which come your way? There most certainly will be threats, but have you even dared consider them? Take half an hour to write down what you see as the most likely problems your business could hit – and be prepared to think the unthinkable as well – then match your list with the tactics which you might adopt to meet those threats. I can’t write the list of threats for you, because you should know your own market, but I can make some educated guesses at the problems you will need to meet tactically, and what this will always mean is that you have to flex.

How much flex is good, and how much is simply a sign of bad planning? A business which cannot change in response to market conditions won’t survive very long, and market conditions will most definitely change. Just think of – for example – the way the once all-conquering i-pod (and the hundreds of other copycat mp3 players) once totally dominated the personal stereo music space. Then smartphones got even smarter, and became the standalone choice for every kind of on-the-go entertainment. Now mp3 players are museum pieces, and all in less than a decade. So however great you think your company is, circumstances can change around you, and when they do, you have to be ready to change too. A startup is even more vulnerable to external change, and even if the strategy is brilliant, as Winston Churchill remarked, “However beautiful the strategy, you should occasionally look at the results.”If the results aren’t doing it, then be willing to change. If the strategy is solid, then the tactics will result in bringing you back to the overall plan, once the latest battle is won. Remember, it’s OK to deviate from ‘north’ as long as you still know where north is, and how to find your way back there.

The alternative is that your tactics lead you ever further away from the strategy, to the point where something has to give. I commented last year on an example of this where the once-mighty Kodak film and camera company became so separated from its core market – because that core market virtually ceased to exist – that an entirely new strategy had to be created to ensure survival. The great picture-taking company became a picture-supplying company, an image library. So yes, we must ‘look at the results’ as Churchill said, and look at them critically. And when it comes to tactics that sometimes means being willing to think the unthinkable.

scary
35
scary
Matyas Zaborszky has over 15 years of experience in marketing and PR, more recently as a strategic advisor to token-based offerings. He is a keen advocate of all things crypto and blockchain-related, and is a writer and speaker at crypto conferences and other international meet-ups. He is also a university lecturer, fintech coach, and author of 6 Proven Steps to Attract ICO Investors. He is currently working on his next book, exploring ways in which enterprises are not always as successful as they – and their investors – wish. Through his website he offers an entire suite of educational and marketing tools for crypto and blockchain entrepreneurs. Mátyás studied in Santa Barbara, and at the University of Hertfordshire, and gained investment banking experience at Salomon Smith Barney, Los Angeles.