What is Litecoin? The Beginner’s Guide to LTC

by Cryptomaniac 4 years ago3 years ago
8.5kviews
9 shares

Litecoin is not the little brother of Bitcoin. Bitcoin is undoubtedly a more familiar cryptocurrency, but you might be surprised to learn that Litecoin was introduced more than seven years ago. Litecoin is a peer-to-peer cryptocurrency. It is an open source software project that is released under the MIT / X11 license, which means that it only has very limited restrictions on reuse. 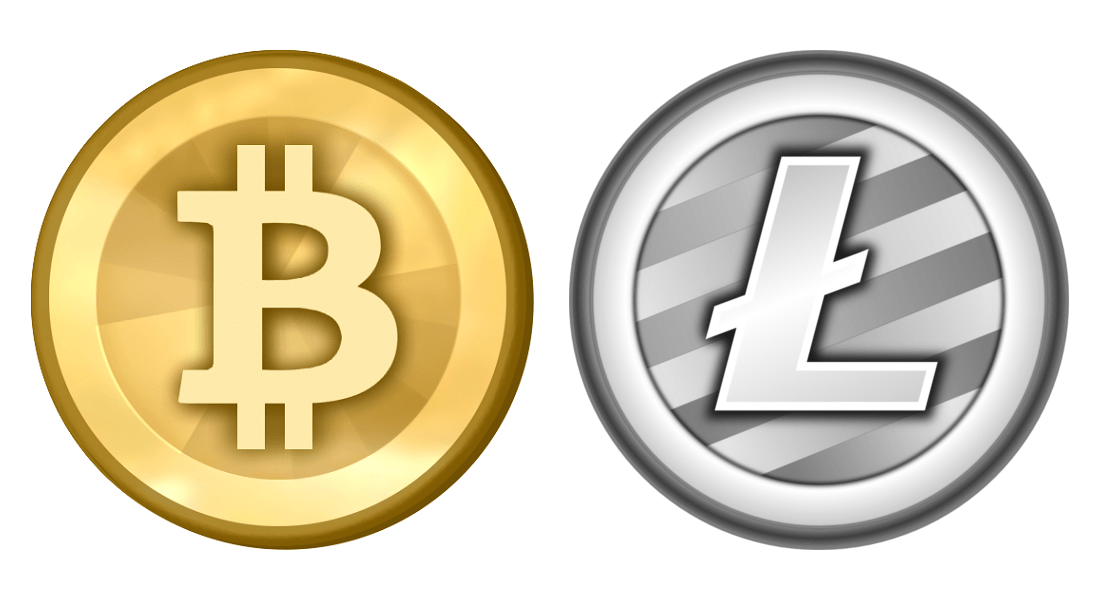 Although Litecoin and Bitcoin are comparable in many ways, there are also a number of big differences between the two cryptocurrencies. Some traders say: if Bitcoin is equivalent to gold, then Litecoin is the silver. In fact, this is exactly what Litecoin developers had in mind when creating Litecoin. Both coins share many similar features and Litecoin is similar to Bitcoin except by a few notable differences:

All in all, Litecoin can process a larger number of transactions, reducing potential bottlenecks when it comes to scalability, as is sometimes the case with Bitcoin. 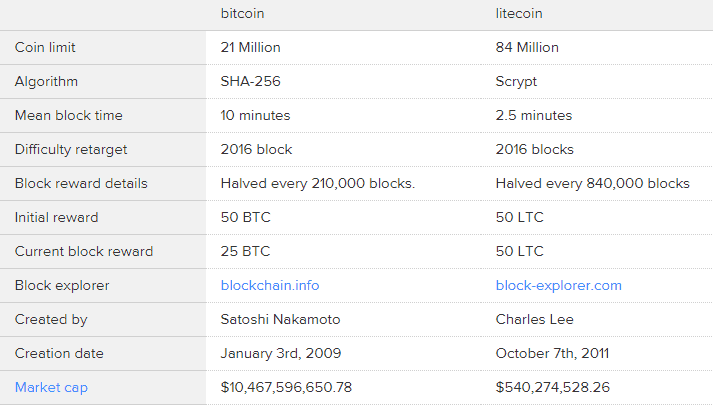 The abbreviation of Litecoin

The abbreviation of Litecoin is simply LTC. The same principle applies as with USD (US Dollar) and EUR (Euro). Litecoin can also be paired up with other currencies. In that case, the name of the currency pair is, for example, Litecoin vs US Dollar or LTC / USD.

Litecoin is an online network that people can use to send payments from one person to another. Litecoin is peer-to-peer and decentralized, meaning that it is not controlled by an entity or a government. The Litecoin payment system does not deal with physical currency, such as the Dollar or the Euro. Instead, it uses its own unit of account, also known as Litecoin (symbol: Ł or LTC). That is why you often see Litecoin categorized as a virtual or digital currency. Litecoins can be bought and sold for traditional money on a variety of online exchanges.

Litecoin is based on blockchain technology, the same as Bitcoin. According to Litecoin itself, the Litecoin blockchain is "capable of processing a higher transaction volume than its counterpart.” Litecoin has a higher frequency of block generation (4x higher when compared to bitcoin), which indicates that the network is able to handle more transactions and benefits from faster confirmation times. 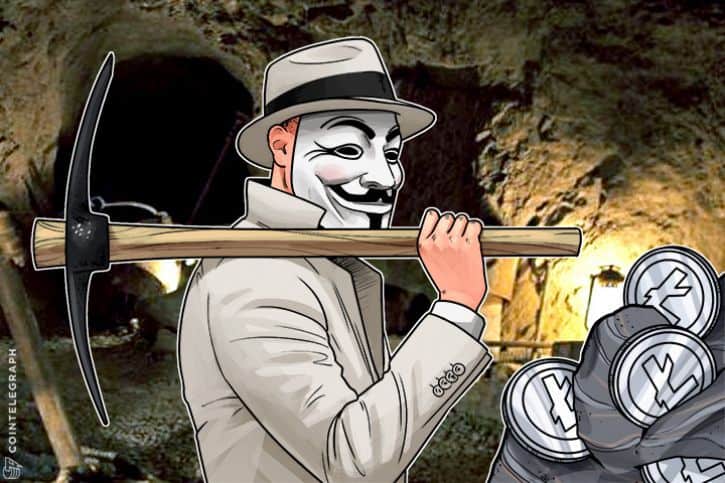 New Litecoins are regularly created. The creation of new coins is completed through a special process called Litecoin mining. Instead of just producing blocks, Litecoin has to make a cryptographic hash of the block that meets certain criteria, and the only way to find one is to compute a great amount of them until you are lucky and find one that works. This process is called hashing. The Litecoin miner, which successfully creates a block, is rewarded with 25 Litecoins. Every couple of days the difficulty of the criteria for the hash is adjusted based on how often blocks appear, therefore more competition between miners means more work is involved to find a block.

Where does Litecoin come from?

The growth of the Litecoin offering is decentralized and guided by the Litecoin protocol, which allocates the creation of new coins to Litecoin participants. The maximum number of Litecoins is limited to 84 million in total, but not all coins have been created. At present there are approximately 51.7 million coins in circulation, which is approximately 61.6% of the total. As soon as 11.3 million new coins have been created, the value of block reward will be reduced from 25 to 12.5 coins, which is expected to happen somewhere around August 2019.

It is believed that Litecoin was released on GitHub via an open source client on 7 October 2011 by Charlie Lee, a former Google employee. It was a variation of the Bitcoin Core client, which differs mainly due to a reduced block generation time (2.5 minutes), an increased maximum number of coins, a different hashing algorithm and a slightly modified GUI.

Creation date of Litecoin
Although it was built in October 2011, the financial history of Litecoin comes out in November 2013. The Litecoin development team has released the first version of 0.8.5.1 and the total value of Litecoin has since experienced massive growth, including a 100% jumped forward in 24 hours. At the beginning of December 2013 we saw a new version of Litecoin. This new improved version provided 20x reduction in transaction costs along with other security enhancements and performance improvements in the network.

Buying Litecoins instead of mining

Our opinion is that buying Litecoin can be more profitable than Litecoin data mining. By using our most advanced trading platform, the costs are much lower than by setting up the so-called ASICs hardware that is expensive and far from a certain investment. There are many risks at Litecoin mines including:

Put simply, trading litecoin instead of mining should be in general much more interesting, profitable and less expensive.

Litecoin can be used for a long list of goods with different merchants. The first step is to download a Litecoin wallet / wallet to buy Litecoins from an exchange / exchange, which you can then use to purchase goods and services. Litecoin operates independently from any central bank, unlike other known currencies, for example the US Dollar and the Euro. The Litecoin network also has no other central point or single manager, which makes it a decentralized digital currency. 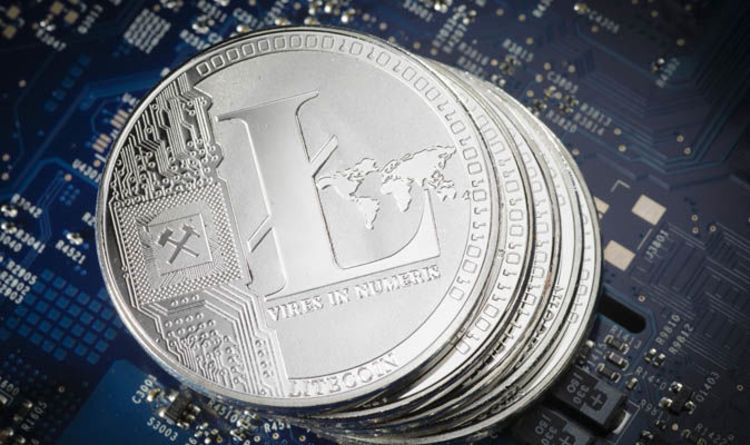 How to buy Litecoin?

Should you be interested in purchasing litecoin, you can do it via the changelly widgets below via your credit or debit card as well as other major cryptocurrencies ( if you own any ).

Disclaimer: This is not a financial advice. Please do not invest more than you can afford to lose.

Connect with:
Facebook Google
Back to
log in
wpDiscuz
Choose A Format
Story
Formatted Text with Embeds and Visuals
Trivia quiz
Series of questions with right and wrong answers that intends to check knowledge
Poll
Voting to make decisions or determine opinions
Open List
Submit your own item and vote up for the best submission
Ranked List
Upvote or downvote to decide the best list item