What is Bitcoin? The Beginner’s Guide to BTC

by Cryptomaniac 5 years ago4 years ago
11.2kviews

Bitcoins are currently the best known cryptocurrency on the market. They exist only in the digital world, in a global digital network. Another big difference with traditional currencies such as Euros and Dollars is that no central bank is responsible for the production and management of the currency. Until now, we always bought online via an ‘intermediary’, a financial institution that guarantees the customer and supplier that the payment was safe and valid.

If you buy Christmas presents on Amazon with your Visa card, you do not have to pay immediately. Amazon sends you the package because they have confidence in the intermediary. In this case, the intermediary is the bank that gave you the Visa card, which in turn cooperates with the company ‘Visa’ in order to offer their cards. In exchange for this guarantee, the intermediary naturally wants to be paid: this can take the form of annual costs for your Visa card, an extra cost per transaction, etc This is perhaps the time to make a clear distinction between cryptocurrency and Bitcoin, because what exactly is that? Well, Bitcoin is one form of the many cryptocurrency currently available in the market. If Cryptocurrency are ‘Dogs’, then Bitcoin is just one specific dog breed.

Bitcoin is a new kind of money: revolutionary and absolutely decentralized. To put it simply: bitcoins are digital money and you can use them just like you would with Euro's or Dollars. You can purchase goods/service with them or exchange them for other currencies. And those are merely a few examples of the virtually countless applications of Bitcoins. Unlike the other currently available payment systems, such as cash or debit cards, bitcoin is extremely suitable for use on the Internet 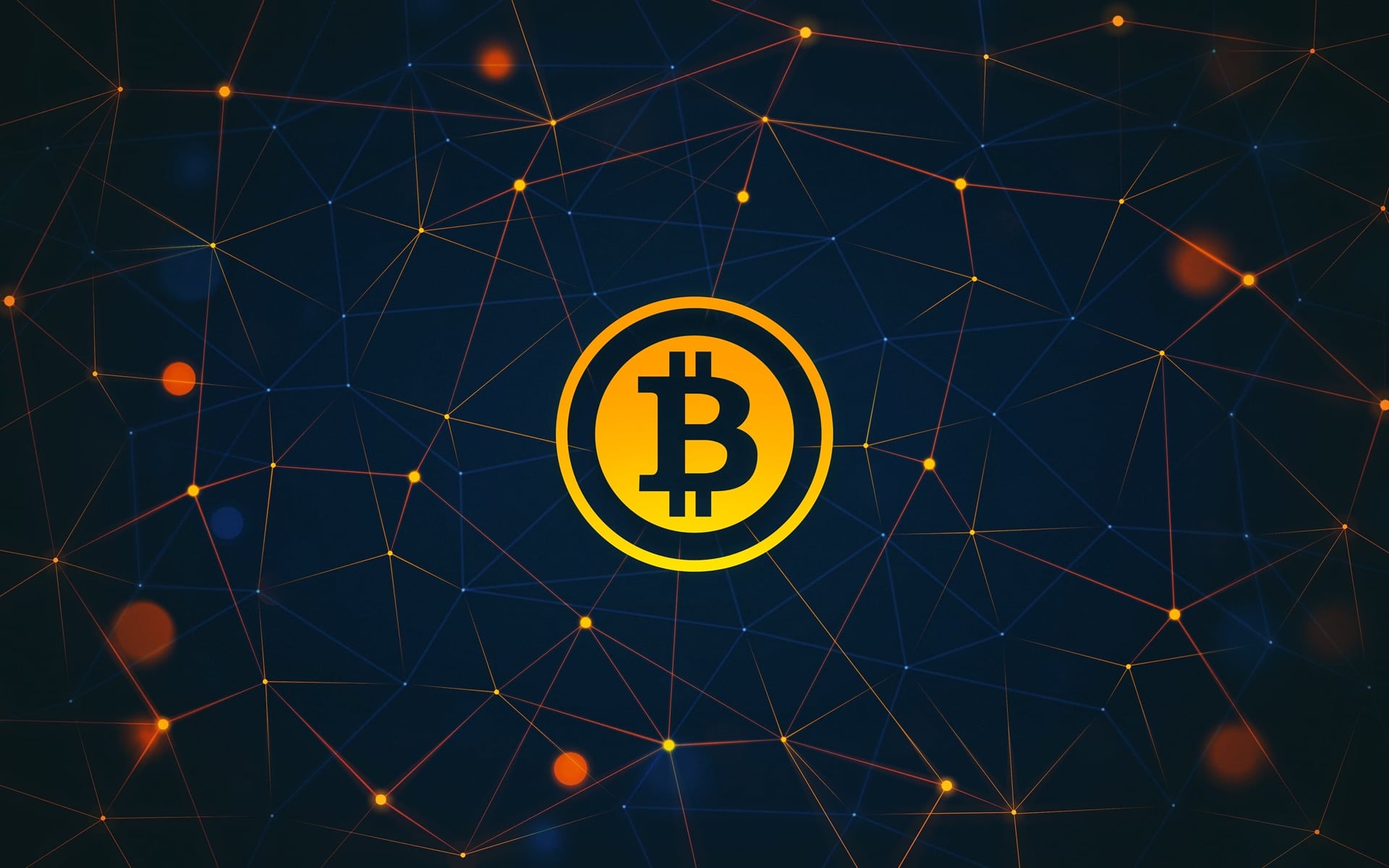 How secure are Bitcoins? 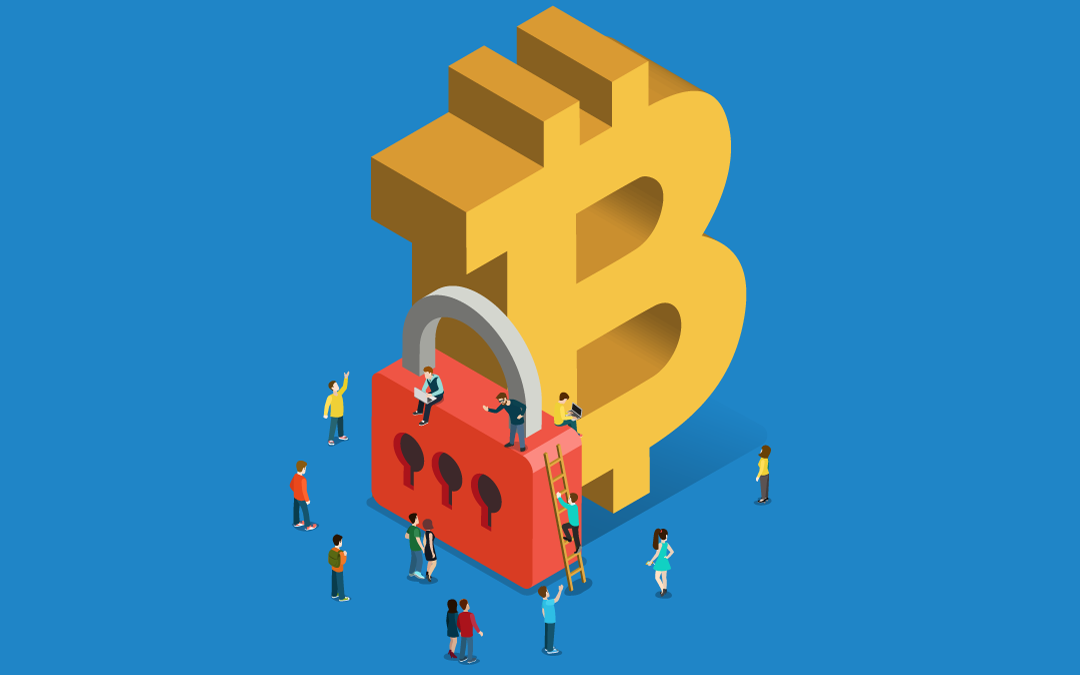 All forms of money work on the basis of trust in the system: your customers pay you in euros and you think that's fine, because you know that the bank will accept your euros in exchange to pay off your loan. At Bitcoin there is no bank, no global legislation or obligation to accept it as a means of payment. Why is it so popular when it seems pretty unsafe at first sight? Bitcoin uses a Blockchain: A worldwide system that is automatically maintained by users, in which every Bitcoin transaction is kept. This is called the 'ledger', and this ledger ensures that it cannot be 'cheated' with Bitcoins. Let's take a look at an example

Suppose that you come together with your family over the coming Christmas season, and you decide to play a game of poker by the end of the evening. You may not know anything about poker, but you undoubtedly know that two things are essential: a pack of cards and poker chips that are used as bets. Unfortunately you have a lot of cards, but no one has thought about bringing chips. That's why you all decide to keep a sheet of paper on which you write down how many (imaginary) chips everyone starts. Every time someone bets chips, you write this down. And every time you go for it, you write down how much money everyone has won or lost. Everyone is now monitoring a ledger, just like what happens with bitcoins. Because you do not completely trust each other, after each round you also compare each other's papers, to see if everyone has counted honestly. So everyone knows for sure that he or she will take home the right amount at the end of the evening.

Congratulations, you have created your own Blockchain! This same concept applies to Bitcoins, on a global level. Millions of computers keep a ledger, and every time a Bitcoin transaction happens anywhere in the world, this has to be made known to all ledgers. They will then register the transaction and confirm that everything went well. This way you create a system of trust without central banks. Blockchain is not only interesting for cryptocurrency, but it is expected that it will cause enormous changes in sectors worldwide. A revolutionary idea, but where does it come from?

In 2008, the idea for the Bitcoin as a cryptocurrency was published in a paper on a website about Cryptography. The author was one Satoshi Nakamoto, a pseudonym of which we are still not sure who is behind it. In the beginning, a Bitcoin was practically worthless: nobody knew it and nobody believed it would bring about much. It was a good idea in theory, but it was generally thought that it would never catch on. In September 2010 you could buy a Bitcoin for 5 euro cents! The same Bitcoin is about 13300 euros at the time of writing! There are many well-known anecdotes about early adopters who used their Bitcoins when they were barely worth anything. The best known is probably the very first 'real' Bitcoin transaction: in 2010, 10,000 Bitcoins to someone to give him 2 pizzas. At that time, those Bitcoins were worth about 35 euros, though never before had a real product been paid with Bitcoin. If you were to pay 10,000 Bitcoin for something nowadays, you are talking about 130 million euros. Expensive pizzas!

Where do bitcoins come from? Bitcoins are made by the Bitcoin network itself. To earn bitcoins, you can join the Bitcoin network and use the computing power of your computer (or special hardware) to verify and store bitcoin transactions. If you choose this you immediately participate in a kind of lottery that you can win once every 10 minutes. If you are the winner you get 12.5 bitcoins and then the lottery starts again and everyone gets a chance again. This process is also called mining. In this way, the bitcoins are spread evenly in the network. Every 10 minutes 12.5 bitcoins are added and in a few years that will be halved to 6.25 and so on until 21 million bitcoins will eventually be in circulation.

How is the Bitcoin price determined?

The price of Bitcoin is not determined by a central authority. Bitcoins are sold and traded in many different places and every place has its own price and price. There is, however, an average rate that is obtained by taking the average of all large so-called exchanges and exchange offices.

The future of Bitcoin

The short answer is simple: we cannot say with certainty what will happen to Bitcoin in the future:  It is still too volatile. The future of a Bitcoin will therefore depend in part on the 'traditional' institutions such as governments, exchanges and economic sectors. Bitcoin and other cryptocurrency may be decentralized, but if no exchange is still in place and no company accepts it as a means of payment, then it is literally useless. Luckily, that doesn't seem to be the case at the moment, on the contrary: Bitcoins are more popular than ever and has become an enormously sought-after investment.

You have weighed the advantages and disadvantages by now, and ultimately you decide to invest in Bitcoins. Of course, the first question that comes to mind is how? Fret not, we have embedded a changelly widget below which you can purchase various cryptocurrencies of your choice including bitcoin using both credit and debit card. Just follow the steps shown and should have any queries, feel free to ask us in the comment section below ( Disclosure: we might earn some referral fee if you chose to sign up and purchase from them )