The map is not the territory

by matyaszaborszky 3 years ago3 years ago
6.6kviews

Between 1763 and 1767 a remarkable piece of science occurred: A surveyor named Dixon and an astronomer called Mason accurately drew the boundaries between four American states. They did this on the actual land, not on a map, because that was the problem they were asked to solve. The British King had casually drawn some lines on a map of America, but no-one really knew what this meant in the reality of the physical world. The Mason-Dixon line had to cross rivers and mountains, and even on occasion went right through the middle of houses! Every step of the way the two scientists had to check and test and calibrate, because if they were a fraction of a degree wrong at one point, a hundred miles further on, the boundary would be significantly in error.

Do you see where I’m going with this story?

Mason and Dixon faced many problems in their work, one of which was the previously unknown fact that the mass of the mountains they were in the middle of was actually deflecting their measuring equipment, so they had to come up with entirely new ways of calculating the offset. In many ways the enterprise was the moonshot of its day, and this is why the saying ‘The map is not the territory’ applies.

The phrase was first used by the Polish-American scientist Alfred Korzybski back in 1931 and has been popular ever since, because it’s both true and useful. It is one thing for us to plan something, and another thing to carry out that plan, and do it accurately. As Mason and Dixon demonstrated hundreds of years ago, a tiny deflection in the readings can result in gross errors. This is why a very careful examination of the Prospectus of any enterprise is essential. (Another name for this is a ‘White Paper’, but as many investors think this is only connected to crypto offerings, I like to use the word ‘Prospectus’, because I’m talking about any new enterprise). 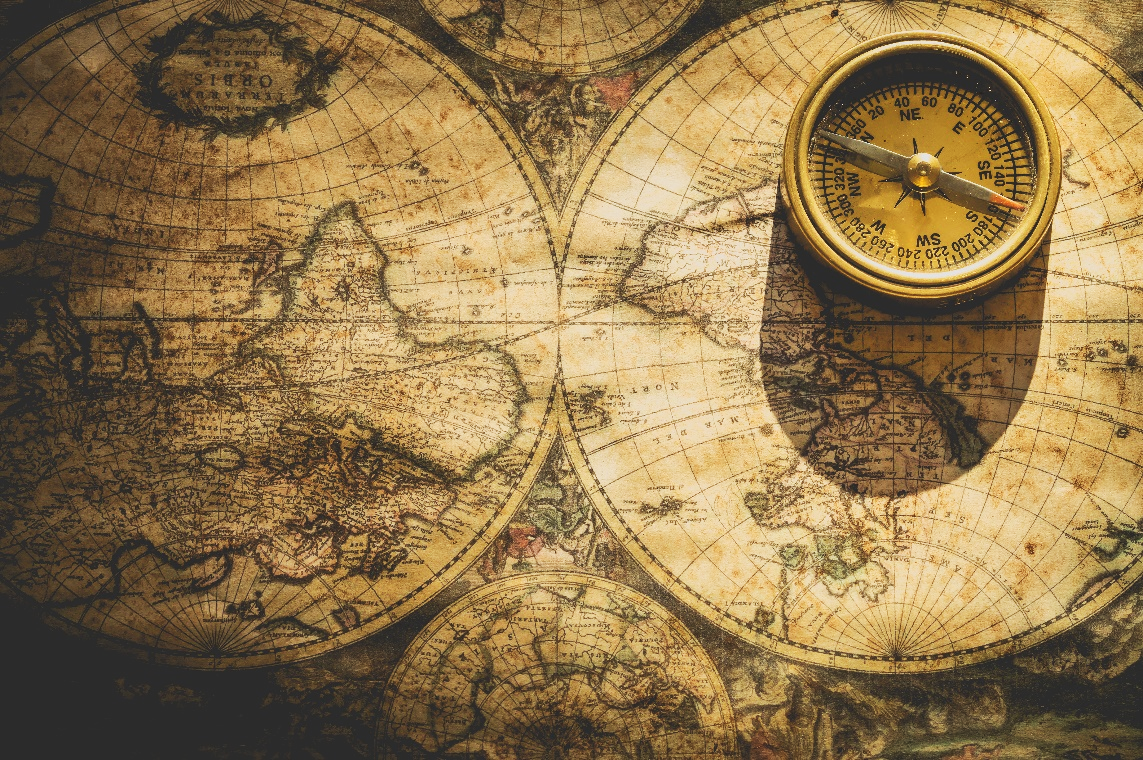 Most startups put most of their energy and enthusiasm into the product or service they will be offering. They’re excited about it – it’s groundbreaking, unique, the best-ever! The founders are also very aware that they are probably in a race to market, because however unique their idea is today, by tomorrow someone else will have come up with something similar. So there is a push to ‘just get it out there’, a bit like a King drawing his line across a map and expecting that the territory will now follow that line. As a result, the Prospectus is often a document based more on hope than facts, but how can it be any different? When we start a new business, everything is based on best-case/worst-case scenarios. We project what we think the market demand will be, and how quickly our product will be adopted. We don’t know for sure what will happen, so the Prospectus is really a sort of dream document.

OK, it’s true that any experienced investor knows this, and can ‘read between the lines’ of what the startup’s Prospectus is telling them. But do the founders and core team of the enterprise have the same ability to understand that ‘the map is not the territory’? Sadly, in most cases, no.

Why is this? It’s because usually the process of writing the Prospectus comes right at the end of product development, almost as an afterthought. Now the team have finished their beta-phase, and realize that their project is only going to successfully come to market if there is appropriate backing. Suddenly the search is on for investors, and there’s a scramble to come up with the right budget. Do we ask for 1 million, or 5 million, or…? Do we give away equity in order to get investment, or do we wish-and-hope our way to the success which we all believe is coming? Wishing and hoping usually means cutting corners. The most obvious examples are where members of the core team start doing jobs that they may not be really qualified to do, like web design, or copywriting. And so the most important part of making the idea a reality (or making the map into the territory) is compromised, and the vital funding that is being looked for gets pushed to the back of the priorities queue.

It doesn’t have to be like this. In fact it must not be like this. There are simple processes, or steps, which can be put in place to ensure that fundraising is a central pillar of any startup. My 6 Steps method is an example of this, because from the very beginning of an enterprise the 6 Steps are pointing towards the moment when investors say ‘Yes’. They say ‘Yes’ because they have been educated and nurtured every step of the way, and not only when the startup needs cash. A smart enterprise begins the marketing process right from the beginning of the company, and never stops with its step-by-step process of looking for, finding, and engaging with its target audience. A less-than-smart enterprise thinks all that’s required is a line drawn on a map from A to Z, and the job is done.

In everyday life we are all familiar with the step-by-step approach. We watch children learning to walk or talk, and don’t expect them to succeed in five minutes – they need time and education. I’m a golfer and I know that it will take the rest of my life to go through the step-by-step process to achieve anything like the skills I dream of! The important thing is that I understand about the increments of making my game better, and that it is possible to improve day-on-day, game-on-game. Why should getting a business up and running be any different?

However I meet many entrepreneurs who are full of enthusiasm and fire for their offering, but somehow dismiss the slow, logical step-by-step approach which is actually a real essential of success. “Oh yeh, we know about all that marketing stuff!” they tell me, as they rush to raise the funds which they are only now starting to think about getting. If they really did know about all that marketing stuff, they wouldn’t be hurrying their fundraising at the last minute. It would have been part of their core planning from day one. The alternative is that many founders are scared of opening up to investment, because this is when the proof of their offering will be judged. I therefore hear people saying that fundraising is ‘hard’ and ‘frightening.’ It really is not.

My book, 6 Proven Steps to Attract Investors, now in its second edition, gives a clear route for startups to define their funding needs through step-by-step marketing. Many companies have benefitted from this, but I still want to reach those who respond to my book with that phrase, “Oh yeh, we know all about that marketing stuff!” To me, they’re not taking the subject seriously, and that’s a great pity. Raising funds is a very serious part of the life of any enterprise, and indeed no funds means no business. It’s as simple as that.
So I’m currently putting effort into reaching the businesses who claim to ‘know all that marketing stuff,’ and who don’t take their mission as seriously as they should. Is it simply because they are not readers? Perhaps. Some people like to get their information from the written word, others don’t have the time for that way of learning. I must admit that I myself rather enjoy going out for a jog and listening to a good business podcast – exercise for the body and the mind! Part one of my pushback is therefore that I’m turning the 6 Steps book into an audio version, to reach out to those who are not so keen on absorbing information through the written word.

As a more far-reaching strategy, I’m also working on a twelve-week interactive online course based on the 6 Steps, where entrepreneurs can really engage with the principles, and also benefit from meeting others in different disciplines and sectors. I’m excited about the potential for this, plus the fact that I believe it will open fundraising scenarios to another group that I hadn’t previously considered: The Internal Entrepreneur. This is the person working within a company or corporation, who nevertheless must seek funding for their project, and is therefore required to operate in the same sort of way as the founder of a startup business. The steps are the same, and the feedback process is the same.

And here’s my final message for this posting: about how we check our progress and assess if we are on target to success. The map is not the territory, and the Prospectus is not the business. What we plan can miss the target by a long way if we are only a fraction of a degree off-target. So the process must use constant checking and testing at every step. It’s not enough to simply have the steps and blindly follow them, they must instead be challenged at every point on the way. I began by talking about those two pioneers, Mason and Dixon, and how they achieved an almost-impossible task, with great accuracy. During the process they often discovered that their measurements were leading them in the wrong direction, but because they were rigorous in testing, testing, testing, they successfully reached their goal.

The map is not the territory, for sure, but actually having a map in the first place really helps.

Learn more about the second edition of 6 Steps here:

scary
5
scary
Matyas Zaborszky has over 15 years of experience in marketing and PR, more recently as a strategic advisor to token-based offerings. He is a keen advocate of all things crypto and blockchain-related, and is a writer and speaker at crypto conferences and other international meet-ups. He is also a university lecturer, fintech coach, and author of 6 Proven Steps to Attract ICO Investors. He is currently working on his next book, exploring ways in which enterprises are not always as successful as they – and their investors – wish. Through his website he offers an entire suite of educational and marketing tools for crypto and blockchain entrepreneurs. Mátyás studied in Santa Barbara, and at the University of Hertfordshire, and gained investment banking experience at Salomon Smith Barney, Los Angeles.