The Differences Between Cryptocurrency Coins and Tokens

by Cryptomaniac 4 years ago3 years ago
59.7kviews

Cryptocurrencies are broadly divided into two categories, namely Coins and Tokens. A lot of people barely know the difference between them. Many think that coins mean exactly the same thing as tokens and use them interchangeably in their day to day conversation. But this is not the case. These two types of assets although similar in a lot of regards, they are still fundamentally different. To put it simply, coin basically refers to cryptocurrency that has it own blockchain and works independently of other platform while token refers to cryptocurrency that operates and based its existence on another platform for instance Ethereum. E.g. Tron, Vechain and Bytom 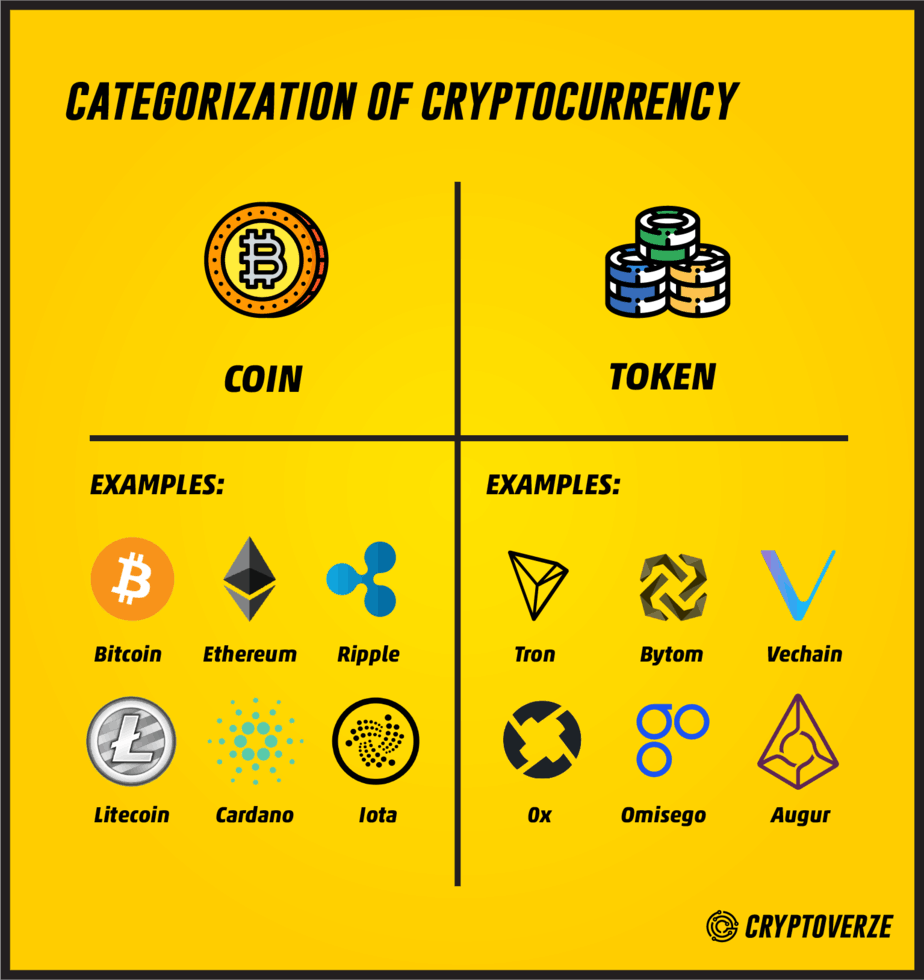 If we take a look on Coinmarketcap,  a platform where all the cryptocurrencies are listed, we will see that they have categorized all the cryptocurrencies into two major groups, namely coin and token. You can take a look at the list if you wish to find out the nature of a specific cryptocurrency you have in mind. For the token list, there is also an additional column that indicates the platform which the token is based upon as shown in the screenshot below

We shall outline a couple of differences that are evident and eminent between these two categories of cryptocurrencies – the Coins and the Tokens.

Differences between Cryptocurrencies: Coins and Tokens

Coins and Tokens are the two main categorizations of cryptocurrencies. Despite the similarities that exist between them, they are still, as discussed, fundamentally different. Be that as it may, their operation and functionality are not in any way affected by these differences, as both streams of cryptocurrencies stem from the same hub of operational functionality – the Blockchain.