by matyaszaborszky 4 years ago4 years ago
8.8kviews

What’s the difference between a dog and a cat? This is not a trick question, or a joke. Both are four-legged animals, two ears, two eyes, and so on. Both are covered in fur and probably have a tail. And yet we are rarely confused about which is a dog, and which is a cat. Even very young children can tell the difference. However if you put the same question to a very clever computer – at least during the early years of Information Technology – the system struggled to decide the answer to that simple binary question: Dog or Cat?

And so we come to Artificial Intelligence, which every expert tells us will change our lives. In fact most experts tell us that AI has already changed our lives. How? Because now the machines know the difference between a dog and a cat. Mostly.

A bit like training a human mind, you show the computer pictures of hundreds, thousands, millions of dogs, and each time tell it, “This is a dog.” Then you do the same with cats. Now the message is “This is not a dog. It is a cat.” Because computers work rather more quickly than the human mind, soon the machine can say that probably what it is ‘seeing’ is a dog. Or a cat. The key word is probably, because AI works on the information it is given, but then extends that information into probability. It learns to become better and better at knowing the differences, so that even a ‘catlike’ dog can be recognized as a dog. 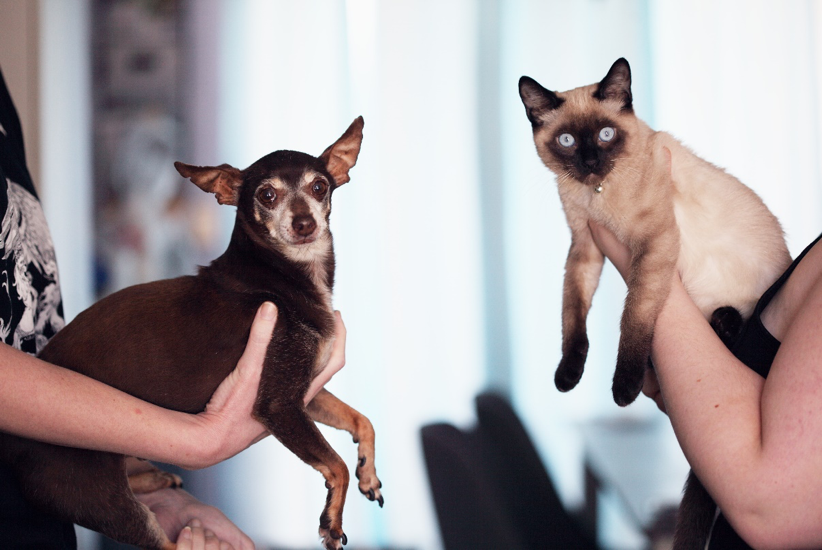 Then the process starts all over again. Let’s say we start showing the computer images of rabbits. Now we say each time, “This is not a cat or a dog. It is a rabbit.” Quite soon (that is, after millions of iterations), AI is able to say that in all probability it is now being shown the picture of a rabbit.

Artificial Intelligence is rapidly populating the world we live in and it covers a lot more than simply identifying household pets, and I have commented in the past about how the road to AI is already developing in the cryptoverse. The ‘algo stablecoin’ approach to flattening out the yoyo-ing of crypto markets is one example – where adjustments take place in microseconds, as a response to external movements in markets. To date – as far as we know – there have been no catastrophic failures. But however much under human design and control the algorithms controlling algo stablecoins are right now, it’s a solid gold fact that AI will increasingly be used to predict and respond to market movements, not only to react. Just as AI will be used in every other aspect of our lives, because it’s faster, it doesn’t get tired of repetitive processes, and it ‘learns on the job’. As a result, AI will most likely arrive at the right answer almost every time. That is, there will most likely be millions of times when the decision of an AI system will agree with and correspond to the decision which would have been made by an informed human. We must hope so.

Now let’s travel back in time to mention Johann Kaspar Lavater (1741–1801), a Swiss churchman who certainly believed that he was an informed human, when he revived the study of physiognomy from the ancient Greeks. This is the idea that by looking at human faces, it’s possible to recognize ‘types’, such as criminals, explorers, artists, and so on. When photography came along, many books were published showing images of ‘criminal types’, and this principle was then disastrously followed up by the Nazis. The idea is essentially the same as the dog/cat/rabbit training used in AI: examine enough of a ‘set’ and probabilities will emerge. The idea of physiognomy became unpopular after 1945, but we have all since accepted and become used to the modern use of facial recognition systems. For example, facial recognition speeds our way through airport security, and even though we may look older, or more tired than usual, the systems know the difference between one person, and another very similar person.

And with this we’re almost back to the studies of Johann Kaspar Lavater, because now AI is being taught to recognize the emotions on the faces of people. Are you happy, or sad? Are you pretending to be happy or sad? Are you planning to do something bad like an act of terrorism? AI now is able in all probability to read the emotions shown on the face of an individual in a crowd, and identify the ‘one bad apple’. For anyone who has seen the movie ‘Minority Report’, you’ll recognize that the science fiction is now coming true, where police can take action against someone even before they commit a crime, because they are in all probability going to commit that crime.

I currently have an offering called The Human Factor which I’ve written about a few times lately. It’s the process of getting behind the Whitepapers and Roadmaps of start-ups to see what drives the people in a business. It’s a way of calibrating enthusiasm, skills, honesty, and all the other qualities we really need to assess before committing to investing in a business. I think it’s a very valuable tool for both investors, and new businesses. And I’m fascinated by how this can and will be automated over time, because there’s no doubt that there will be AI applications coming onboard soon which attempt to tell the difference between truth and lies, between good intentions and otherwise. The anti-terrorist and law-enforcement applications are already here.

So how long before AI and its subsets of Machine Learning and Deep Learning start to really impact our lives? (Deep Learning, by the way, is modelled on ‘algorithms found in the human brain’). I believe we are on the edge of that right now, and what happens in the ‘big world’ will certainly happen in the cryptoverse too. Until then I’ll stick with my approach of The Human Factor, and remind everyone to always do their due diligence and study everything about a business before committing funds to it, because as yet, AI can’t do your thinking for you. I’m often asked at meet-ups and conferences, “What’s the next thing?” People are hoping for a tip-off about some sure-fire start-up which is going to make them a fortune, but I’m more interested in the big trends, like the coming widespread adoption of crypto, and the fact that AI is inevitable, everywhere. By which point I’m fairly sure that in all probability our technology will routinely be able to tell the difference between dogs, cats… and rabbits.

Read more about the Human Factor at:

scary
25
scary
Matyas Zaborszky has over 15 years of experience in marketing and PR, more recently as a strategic advisor to token-based offerings. He is a keen advocate of all things crypto and blockchain-related, and is a writer and speaker at crypto conferences and other international meet-ups. He is also a university lecturer, fintech coach, and author of 6 Proven Steps to Attract ICO Investors. He is currently working on his next book, exploring ways in which enterprises are not always as successful as they – and their investors – wish. Through his website he offers an entire suite of educational and marketing tools for crypto and blockchain entrepreneurs. Mátyás studied in Santa Barbara, and at the University of Hertfordshire, and gained investment banking experience at Salomon Smith Barney, Los Angeles.